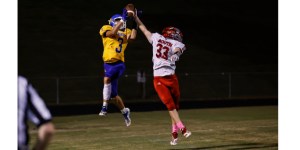 Because of conditions at Richfield’s park, one town commissioner asked for the resignation of another at Monday’s meeting of the town’s council. Commissioner Barry Byrd ... Read more 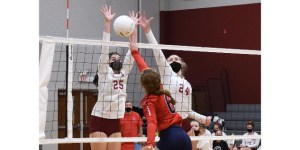 The battle between the 1A volleyball teams in the split 1A/2A Yadkin Valley Conference took a turn Wednesday night. Gray Stone, ranked fourth in the ... Read more 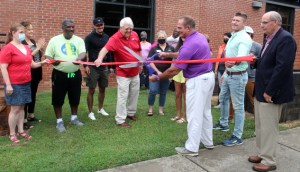 Many times, ribbon cuttings by the Stanly County Chamber of Commerce involve the opening of new business. This was not the case recently at the ... Read more 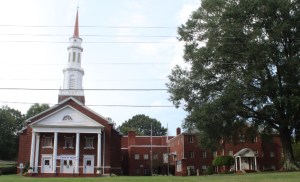 The phrase one local church adopted about God’s grace has taken on a double meaning with its recent celebration: “100 Years of Grace.” Grace Baptist ... Read more

Two Stanly citizens presented their case for a new climate change civic board at this month’s meeting of the Stanly County Board of Commissioners. Nancy ... Read more 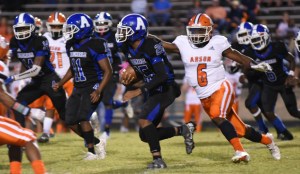 Anson County’s head coach, along with several members of the Bearcats’ coaching staff, had to have looked familiar to Stanly residents at Friday’s Albemarle home ... Read more

West Stanly football loses on the road to Eastern Randolph

The athletic teams of West Stanly and Eastern Randolph are not unfamiliar with each other in some sports, such as softball, when the Colts won ... Read more

Pfeiffer volleyball improves to 8-2 with pair of wins

On the road this past weekend at Brevard, the Pfeiffer women’s volleyball team swept a tri-match with the Tornadoes and Maryville. The Falcons topped Brevard ... Read more