The Stanly County Board of Commissioners approved one zoning change and tabled another at the board’s recent meeting. Bailey Emrich from the Stanly County Planning ... Read more

The Red Cross Town Council will not meet in September. According to an email from Aloma Whitley, town administrator, the council will not have enough ... Read more

The proposed Stanly livestock arena has a new general contractor after a unanimous decision by the Stanly County Board of Commissioners. MCT General Contractors were ... Read more

On the 20th anniversary of the 9-11 attacks, a patriotic performance and a 50s tap duo took top honors at the ninth annual Stanly County ... Read more

The 20th anniversary of the events of Sept. 11, 2001 brings many people who remember the day back to the moment where they were when ... Read more

With injuries and a tough non-conference schedule against higher classification teams, the first three weeks of the season have been difficult for the South Stanly ... Read more 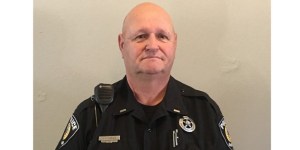 Many baseball players with aspirations of reaching The Show ran into a roadblock for their dreams called COVID. But with former North Stanly and Catawba ... Read more

Reality television shows often garner criticism for the way they exploit people’s problems to garner ratings. But for Richfield resident Corey Winne, he got the ... Read more