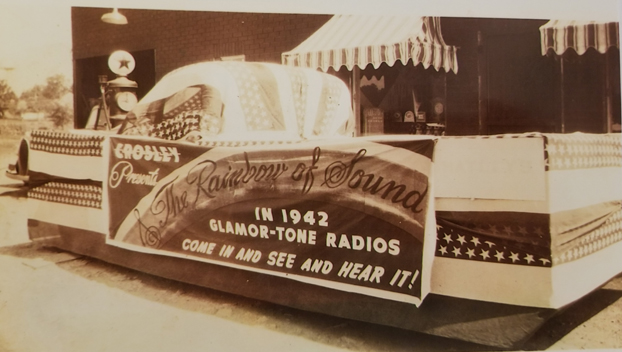 PEEKING INTO THE PAST – Oakboro Fourth of July Celebration 1941

The big Fourth of July celebration in Oakboro can trace its origin back to 1933.

During that year, Horace Howard and Ben Eudy organized the celebration as a way to raise money for the local baseball team.

In 1936, the town took over the management of the event. The celebration was then held through 1941 but was cancelled afterwards due to World War II.

Today’s photo, courtesy of the Oakboro Regional Museum of History, shows the 1941 float created by R.C. Hatley and his business, Hatley’s Radio Service.

The float won the $10 prize that year for “Best Float.”

My dad lives about an hour away and we see each other for holiday gatherings and occasionally for lunch. It... read more