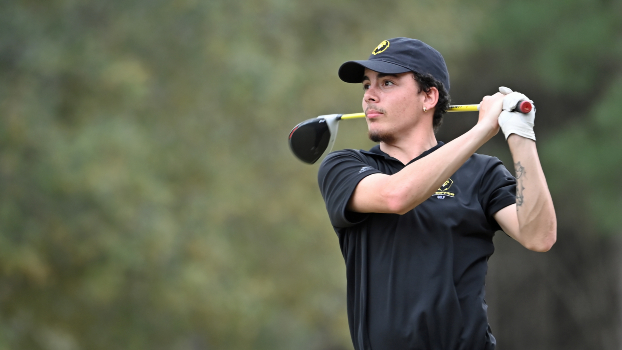 Pfeiffer University sophomore Kevin Burris has been selected to participate in the 2021 NCAA Division III Men’s Golf Championships, the NCAA has announced.

Burris, from Norwood, is ranked fourth in Division III with a rank of 79.59. He has posted a 70.67 adjusted scoring average this spring while winning four events.

His best outing came when he carded a 67 in the first round of the JWU invitational held at Emerald Lakes Golf Club in Matthews.

Burris becomes the first Pfeiffer golfer to qualify for an NCAA Championship event at the Division III level.

The NCAA Division III Men’s Golf Championships will be played May 11-14, 2021 at the Oglebay Resort & Conference Center in Wheeling, West Virginia.