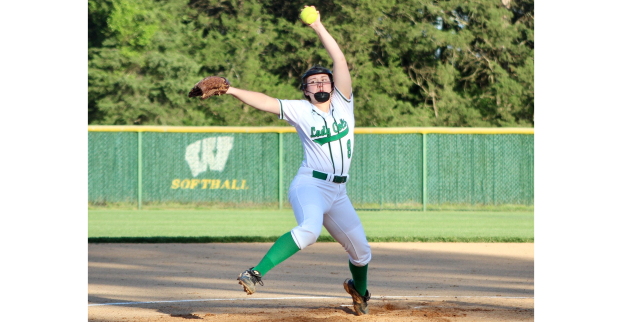 Colts pitcher Jordan Hatch improved to 8-0 on the season with Thursday's win over Montgomery Central. (Contributed)

The West Stanly Colts improved to 8-0 overall and 7-0 in Rocky River Conference play with a 12-1 five-inning home win over Montgomery Central.

Jordan Hatch allowed one earned run on three hits in five innings of work picking up her seventh win on the mound for the Colts (8-0, 7-0 YVC). She struck out seven and improved her strikeouts-to-walk ratio to 11.6 for the season.

Shelby Barbee and Meredith Harwood each had a double and a home run offensively for West, combining to drive in five runs. Kailey Furr added two RBIs whild Rachel Efird had two hits including a double.

The Colts jumped out to a big lead early scoring seven runs in the first inning and ended the game in the fifth with a four-run effort.