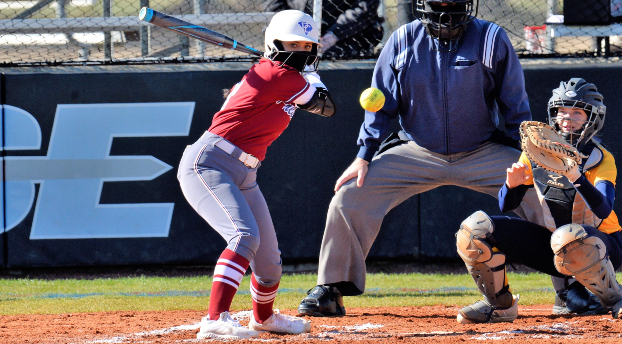 Presbyterian College freshman infielder Kaitlyn Tucker has been named the Big South Conference Softball Freshman of the Week for games played between March 29 and April 4, the league office announced on Monday.

Tucker had at least one hit in each of PC’s three games last week at Gardner-Webb, and for the series went 4-for-7 (.571) and added four walks for a .727 on-base percentage.

In Friday’s doubleheader at GWU, Tucker reached base seven times (three hits and four walks), laid down a sacrifice bunt, scored twice, drove in a run and stole the first base of her collegiate career. The Oakboro, N.C., native notched a base hit in Saturday’s series finale as well to extend her on-base streak to six straight, the longest current run by a Blue Hose.

The award is the third Big South weekly honor for Presbyterian this season, as Tucker joins Jenna Greene and Jillian Hewes, who were named the league’s Pitcher of the Week and Freshman of the Week, respectively, back on Feb. 22.

The Blue Hose (9-9, 3-6 Big South) are back on the road this coming weekend as they visit Winthrop for a three-game set from April 10-11.

It was a homecoming Saturday morning for two Stanly County natives now playing in the NFL, as B.J. Hill and... read more