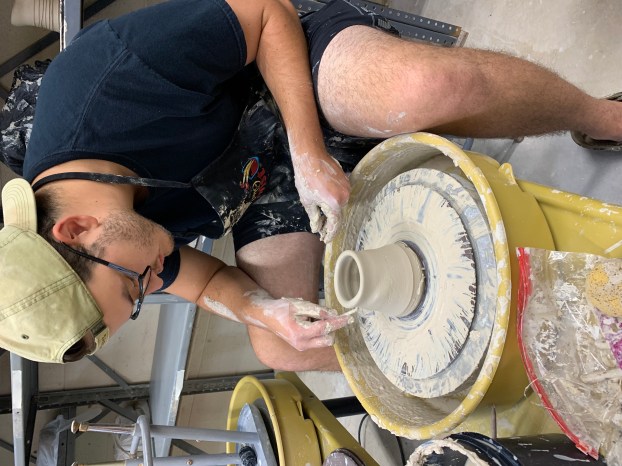 Stone Russell, a senior at UNC Charlotte, sculpts a vase out of clay. Photo courtesy of Stone Russell.

Russell finds his passion through art

As many people continue to spend the majority of their time at home due to the coronavirus pandemic, it’s nice to have some sort of hobby or work that can keep people motivated and help them to avoid cabin-fever.

For 22-year-old Millingport resident Stone Russell, his passion has always been creating art, no matter the medium. Whether it’s drawing, painting, woodworking, making knives or creating ceramics, “I’ve always made things,” he said. 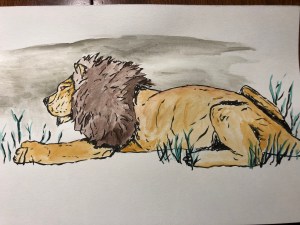 Russell is now a senior at UNC Charlotte, where he is majoring in art education. He plans to student teach next spring at North Stanly High School, where he graduated in 2017, alongside his former art teacher John Williams.

He was named the 2020-2021 UNC Art Education Department spokesman, which requires him to make a number of speaking engagements throughout the school year. He said talking with freshmen and sophomores about the in-and-outs of the department has only reinforced in his mind his passion for wanting to become an art teacher.

“They asked me lots of different questions and they were actually really intrigued with what I had to say, which I was really glad about,” he said.

One of the biggest highlights of his college career was making pieces for a ceramics show at the school last year. His creations represented “a culmination of different religions,” including an altar piece, that was mimicked after Catholic altar pieces, and ancient votive pieces, similar to those dating back to ancient Sumerian religions. 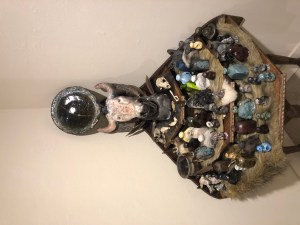 This is a piece called “Altar to Inyan” that Stone Russell created for a ceramics show at UNC Charlotte last year. He said it’s about the intertwining of different religions. Photo courtesy of Stone Russell.

Russell said whatever art piece he is working with, he always wants to make it appear weathered, as if it is from an ancient era.

“Everything I make looks like it was made hundreds of years before I made it,” he said, noting that his goal is to mimic textures, patterns and techniques that were used a long time ago “so my stuff looks as authentic and as old as possible.”

As opposed to a piece appearing neat and glossy, Russell likes for his work to appear rough.

“A lot of people when they create ceramics will try to smooth out the surface, but I like all the fingerprints I put in it,” he said.

He is looking forward to eventually inspiring his own students to create their own unique art styles.

“Art is a way of expressing myself that I feel like also teaches me important ways of thinking to where I can solve problems differently than the average person,” he said.

Due to the pandemic, Russell is home in Millingport, where he commutes back and forth to campus. He is using the time to improve his skills. For 50 days in a row in the summer he completed one pen-and-ink drawing per day along with making reptile hides out of ceramic. Recently, he has worked on many blacksmith projects and has been working at his ceramics studio at school, where he finished two projects.

Russell said being able to continue to produce art has been “an escape” for him during these uncertain times.

He made several pieces, including ceramic marriage vessels inspired by Cherokee wedding vessels, for a Stanly Arts Guild showcase in the summer.

Once he finishes his student teaching, Russell’s goal is to become an art teacher at North Stanly or one of the other county high schools.

Fans of American history soon won’t have to leave the county to be able to view the founding documents that... read more