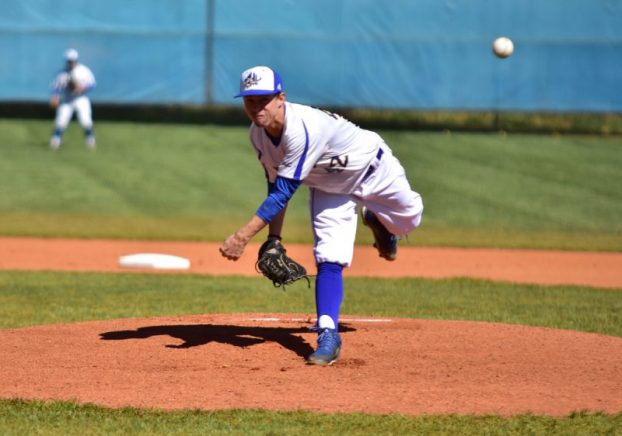 A former West Stanly baseball standout will get the chance in the winter and spring to wear his old high school colors again, this time as an assistant coach.

Zac Brown was recently named an assistant coach for the varsity men’s basketball team and the varsity baseball squad.

Brown, who was named the South Atlantic Conference’s Man of the Year while attending Mars Hill in 2018, was a standout on the mound for the Colts and Mars Hill.

With West, Brown was an All-Stanly News & Press and All-Rocky River Conference selection multiple times, including the Pitcher of the Year.

For the Lions, Brown was a two-time All-South Atlantic Conference selection and named to the ABCA / Rawlings Gold Glove Team in 2017. He still has several pitching records for Mars Hill, including innings pitched (259.2), strikeouts (219), pitching decisions (33) and pickoffs (21). He ranks second in wins (19) and win-loss percentage (.594).

“I am extremely excited to be back at West Stanly. It is a very cool opportunity to come back and teach and coach at the school you graduated from,” Brown said. “I am looking forward to joining the baseball and basketball coaching staffs.”

Brown also added he was thankful to Chad Yow and John Thompson for welcoming him to their respective staffs.

Brown has served as a pitching coach for Pfeiffer University as well as with the Stanly County Post 76 Legion baseball squad and last season at South Stanly.

Colts head baseball coach Chad Yow said it was special for Brown to be able to come back and coach at West.

“He was a special player for our program and we are excited to have him onboard,” Yow said.

Brown joins Jordan Sells, with whom he coached Legion baseball for Post 76 for several seasons as Sells’ pitching coach.

With West’s baseball team, he will have pitching as a primary responsibility within his role on the team, Yow said.

Thompson spoke about Brown joining his staff, saying, “We are excited to have Zac coaching the JV guys this year. It is great to have Zac here at the school as a teacher and in the gym working with our young men.”