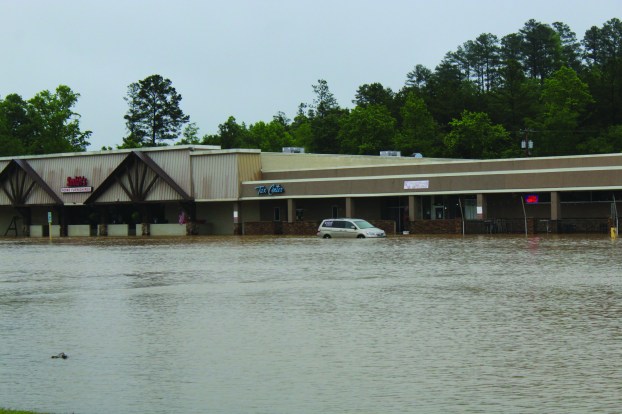 The parking lots along U.S. Highway 52 businesses such as Gold's Gym, Little Tokyo, Medical Pharmacy and others was completely flooded May 21.

Heavy rains passing through Stanly County Wednesday into Thursday and Friday led to massive flooding.
Stanly County Emergency Services Director Brian Simpson said Thursday afternoon 72 roads were closed due to primarily flooding, but also fallen trees. At its peak, Simpson said 83 locations were closed. Three water rescues had happened as of Thursday, with the number climbing to five rescues by Friday morning.
The National Weather Service said spots in the county received between 5 and 8.7 inches of rain.
“We’ve had quite a bit of water,” Simpson said.
The City of Albemarle posted Thursday morning to its Facebook page that U.S. Highway 52 from the Northeast Connector to N.C. Highway 24-27, Ridge Street from Foxrun Road to Park Ridge, Snuggs Park Road from Snuggs Street to Bethany Road and Old Charlotte Road from U.S. 52 to Coble Avenue were closed as of shortly after 8 a.m. 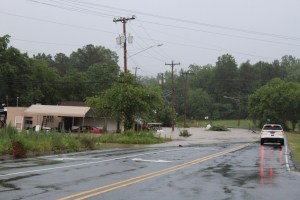 The city said “there have been several water rescues throughout last night and early morning. Stay home, stay safe. If you have to drive, please remember ‘don’t drown turn around.’ ”

A usual spot along U.S. 52 where flooding happens led to at least one partially submerged car near Little Tokyo and Gold’s Gym.

City crews worked around 9 a.m. Thursday to remove a tree from Tenth Street. 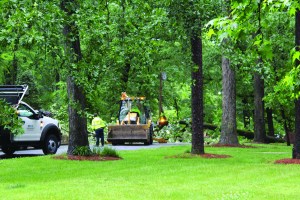