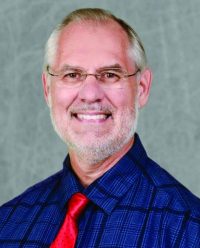 MIKE WALDEN COLUMN: Should we let the economy work it out?

By Mike Walden, for the SNAP

My wife taught elementary school (grades pre-K-5) for 32 years. She was an excellent teacher. Even though she worked with numerous principals, she never received an annual review less than the highest evaluation (exemplary) in her career. My wife estimates she taught more than 10,000 students in her career.

Maintaining discipline in the classroom is a major objective of any teacher. There are three approaches teachers can use for discipline. One is to just let the students “work it out.” If two students are having problems, the idea is to let them solve it.

A second approach is control. Here teachers establish rules and expect students to follow them.

Students disobeying the rules are given some kind of punishment such as extra assignments, classroom chores or notes to their parents.

The third discipline tactic was my wife’s favorite. The idea was to give students an incentive to follow the rules. My wife used a classroom currency she called “honey money.” A student abiding by a rule would receive notes of honey money which could be used for a privilege or a prize. A student violating a rule would be required to pay a fine in honey money, which reduced their chances of earning a privilege or prize.

I know this all sounds rather vague, so let me give a specific example. I’ve recently been spending a lot of time looking at the issue of pollution for a new book I’m completing. Some may think this is “outside my lane” as an economist. But since pollution is usually related to energy, and energy is needed to propel our economy, there is an important economic dimension to pollution.

As a country, we have made great strides in addressing pollution during the past 40 years.

However, the continued emission of carbon dioxide (CO2) into the air from driving and power generation is an on-going worry. Many have linked CO2 emissions to global warming and climate change and they worry about the implications for the environment, weather and living conditions.

The scientific and climatological impacts of CO2 and questions of cause and affect are best discussed by experts in other fields. Still, to illustrate my points about government options, let’s just say there is an expressed desire in the country to reduce the amount of carbon dioxide we put into the atmosphere. Then the question becomes, how do we accomplish that goal?

We could just let the economy work it out. That is, there would be no government policies or programs to reduce CO2. Rather, companies and consumers would take it upon themselves to voluntarily curtail emissions. These actions would be based on their concern over the environment and their hopes to have a better planet left to their children and grandchildren.

The worry with this hands-off policy approach is twofold. First, what if not enough people and companies voluntarily alter their actions to significantly reduce pollution. And second, people and companies may not be knowledgeable of what they should — and shouldn’t — do to reduce pollution. For example, using electricity to fuel vehicles is not completely environmentally-friendly if the electricity is generated from coal or oil.

Government rules and regulations have been the most commonly used approach to controlling pollution. A good example is government-mandated fuel efficiency rules forcing vehicle manufacturers to improve miles driven per gallon of gas.

While the evidence indicates the regulations have improved the environmental-friendliness of gasoline powered vehicles, detractors say buyers have paid for the gains through higher vehicle prices.

The third approach dismisses the heavy hand of specific government regulations in favor of incentive laden nudges. The best example for pollution is the idea of a carbon fee. For activities that produce significant amounts of CO2 emissions to the atmosphere, a fee is charged on the amount of the emissions and paid by the individual or company engaged in the activity.

For example, if electricity generated from coal emits CO2, then electric utilities using coal would pay a fee per quantity (usually measured in tons) of CO2 emitted. Also, if driving conventionally powered gasoline vehicles emits CO2 into the air, then drivers of vehicles would pay a carbon fee per every gallon of gas bought. The government doesn’t tell the polluters to stop; it just makes them pay for what they’re doing. The experience of carbon fees in other countries indicate users get the message and reduce — but not eliminate — the polluting activities.

For example, a group of retired U.S. Secretaries of State have recommended dividing the aggregate amount of the carbon fee by the total number of adults in the country and sending each a “carbon dividend.”

Someone once said everything important in life can be learned on the playground. Maybe it can also be said that the options for government policies can also be learned in the elementary school classroom. You decide.

Mike Walden is a William Neal Reynolds Distinguished Professor and extension economist in the Department of Agricultural and Resource Economics at North Carolina State University who teaches and writes on personal finance, economic outlook and public policy.

“Yesterday” is a hard film to describe. Is it a fantasy? Yes, one has to believe that. Roger Thomas Is... read more