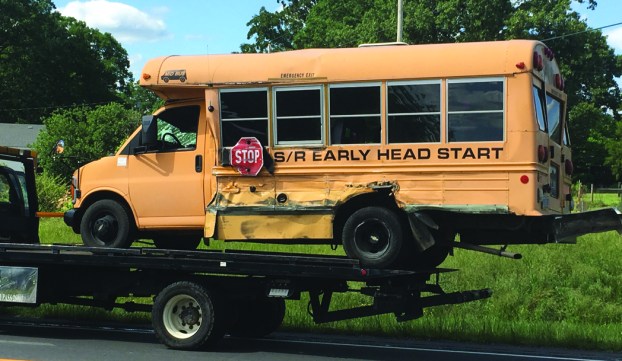 A Head Start bus turned over May 14 near Norwood.

A Stanly County Head Start bus was involved in a three-car accident at 2:45 p.m. Tuesday on U.S. Highway 52 South at Quail Ridge Road.

A white Dodge Ram with a trailer ran a stop sign and struck the Norwood Head Start bus that was coming north on U.S. 52, according to Sheriff Jeff Crisco.

The bus overturned in a ditch while a Toyota Scion struck the trailer of the pickup truck.

None of the children, the bus driver or the driver of the pickup were injured seriously, Crisco said. The driver of the Scion had undisclosed serious injuries and was airlifted to a medical facility.

Highway Patrol is investigating the incident.

Contributed After advancing earlier in the day with a 5-3 win over Neumann, the third-seed Pfeiffer University claimed its second... read more