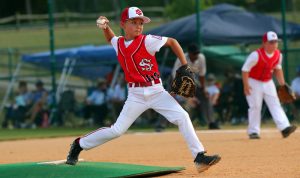 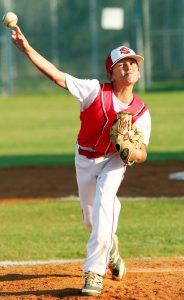 In the first round, South lost 15-3 to Leland but bounced back in the opening round of the losers bracket with a 13-3 win over Richlands.

South won 4-1 to eliminate Dunn, but was eliminated from the tournament by Columbus County, 3-1.

Leland, the team that beat South in the first round, went undefeated in winning the state championship.

South Stanly and West Stanly both advanced to the O-Zone state touurnament in Eden, with West receiving a first-round bye.

South played in the first round Saturday and advanced with a 7-2 win over Hope Mills. South and West faced off on the diamond Sunday, where South earned a 7-3 win.

On Monday, South lost to Lee County 9-3 to fall to the losers bracket. The team’s next matchup was against West Stanly who advanced with a 12-1 win Monday over Oxford. South got the win over West Tuesday 15-5.

South Stanly got the win over West Stanly Tuesday 15-5 to stay alive in the tournament.

On Wednesday, South was scheduled to play West Chatham.